The game box includes 3 sub-games in the form of 3 audio folders – “Bread in the Dark”, “Build a Bread House”, and “Become Baker without Borders” plus the brand new Cards “Opportunities “and “Challenges “part of game 2. The game has a primary social mission, because it can gather around people with all talents, dreams and special needs. It can be played together by sighted and visually impaired people, it is perfect for bigger groups of people who can enjoy listening to the audio game and let all other senses be focused on building a better world. The game can be played in families, schools, and kindergartens, it is perfect and greatly beneficial for people with disabilities, traumas and depression, and various social institutions (orphanages, elderly people’s homes, hospitals, rehab groups and centers, etc.).

HISTORY OF BREAD IN THE DARK

“Bread in the Dark” is a method for community cohesion and personal transformation as well as a program of the Bread Houses Network, whose mission is to connect sight-impaired facilitators with sighted people in 100% darkened environment where the group engages in bread-making as a catalyst for dialogue on various existential questions, experienced tangibly through the processes of kneading bread as metaphors for life. Complete darkness helps position on an equal basis both sighted and visually impaired people, and it enables people to set free from all those prejudices, inhibitions, and judgements that vision, unfortunately,  constantly stimulates.

The Bread in the Dark method and program have their roots back in 2010, when in Gabrovo, Bulgaria, the mother organization of the Bread Houses Network, the International Council for Cultural Centers (I3C), organized the first World Summer School “Arts for Sustainability in Social Transformation” (ASSiST) . Within ASSiST, the first Bread House cultural center in the world, located in Gabrovo, hosted co-creative sessions using the innovative method “Theatre crumbs” in order for sighted people to make bread being blindfolded and thus to experience the world of those deprived of vision and to re-think their own personal world, mainly through the sense of touch.

The positive feedback on this methods by the Summer School participants, from over 30 countries on 6 continents, inspired us to continue with the “TOUCH” Project (2011-2012 years), funded by the European Cultural Foundation with partners from Bulgaria (Regional Center for Arts and Culture “The Fabric” and I3C/ Bread Houses Network), Spain (University of Design, Barcelona) and Denmark (the International network Cultura 21-Nordic). The objectives of our activities were to include visually-impaired and sighted people in creating a new kind of “visual art” – tactile art – meant to be experienced through touch and senses other than vision. Within the project, the Bread Houses Network developed cooperation with the Spanish National Association of the Blind (ONCE) – branch Barcelona. In Barcelona, together we organized workshops with mixed groups who engaged in kneading bread and creating chocolate bars into molds with messages written in Braille alphabet – as the message of each chocolate bar melts after being read with a finger, the reader has a choice to share or not, or change the message, with the others. This developed method “Bread and chocolate” with sight-impaired people further inspired the idea for the formation of the “Bread in the Dark” network of programs and social enterprises.

The “Bread in the Dark” Program further evolved since the autumn of 2014 due to our communication and exchange with Daniela Dimitrova, from the global social franchise “Dialogue in the Dark” (www.dialogue-in-the-dark.com), which organizes various formats of meetings for dialogue in 100% darkened environment with the participation of visually-impaired and sighted groups.

The first events “Bread in the Dark” in full darkness in Bulgaria started in mid-2015 at the Sofia Bread House social enterprise bakery, when mixed groups led by sight-impaired facilitators started delved in this deeply touching, inspiring, and transforming experience.

Bread in the Dark program has met us with amazing inspiring people on a road covered with flour and crumbs. In 2019 we joined the project VIVA together with other 7 European organizations with the aim of developing social entrepreneurial skills in young visually impaired people and supporting them in realizing their dreams. This has also inspired us to provide more people with the cooperative game focused on social entrepreneurship “Bakers without Borders”.

We have adapted all three parts of the game for people with visual impairment. The game consists of: 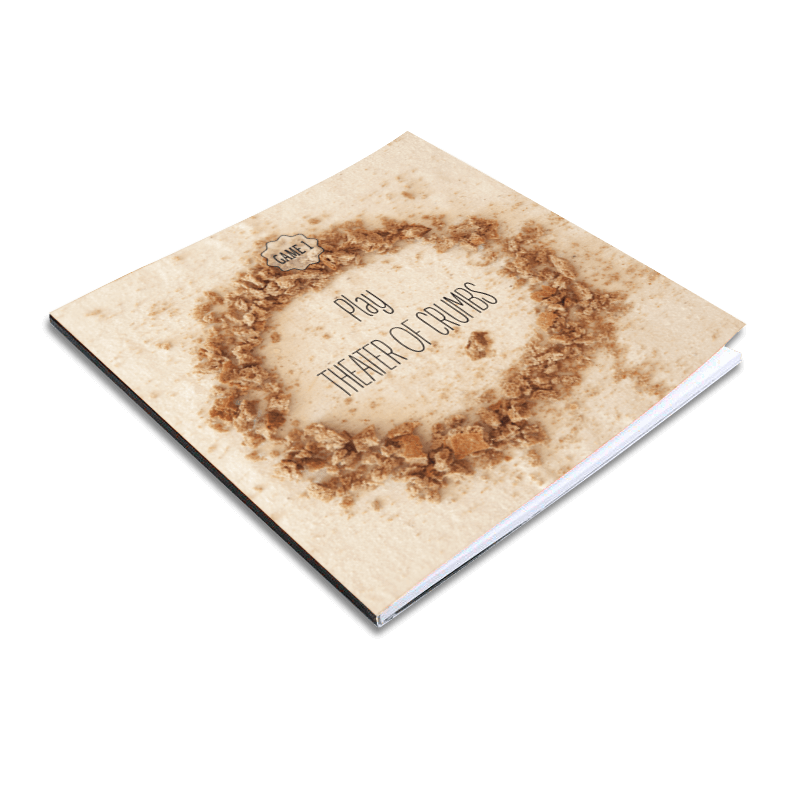 GAME 1 Bread in the Dark (based on Theater of Crumbs)

As a future facilitator of the program Bread in the Dark, you need to listen to the audio guide on your own and then get ready for facilitating this exciting event.

Number of participants: The number of visually impaired and sighted participants is equal and the best option is to have a group not bigger than 20 people all together, which means 10 sighted and 10 visually impaired. It is recommended to give 50% of the amount to the visually impaired people.
Time: 2 hours
Materials needed: tables which are suitable for kneading; aprons; eye covers; bowls, dishes for water (bottles); kneading products (flour, salt, sugar, sourdough/yeast, water, spices); dishes for the bread-baking (aluminum forms/trays); oven; kitchen utensils

In the first game “Bread in the Dark” you get to be creative and get your hands into the flour and dough, as baking inspires you to imagine metaphors for life virtues and to create unique stories and characters through bread.

The second game “Build a Bread House” is a strategy game that teaches you the skills and spirit of a social entrepreneur; you learn that as you cooperate and invest together with love, both your money (symbolized in this game as grains) and your talents that are used and spent will multiply. 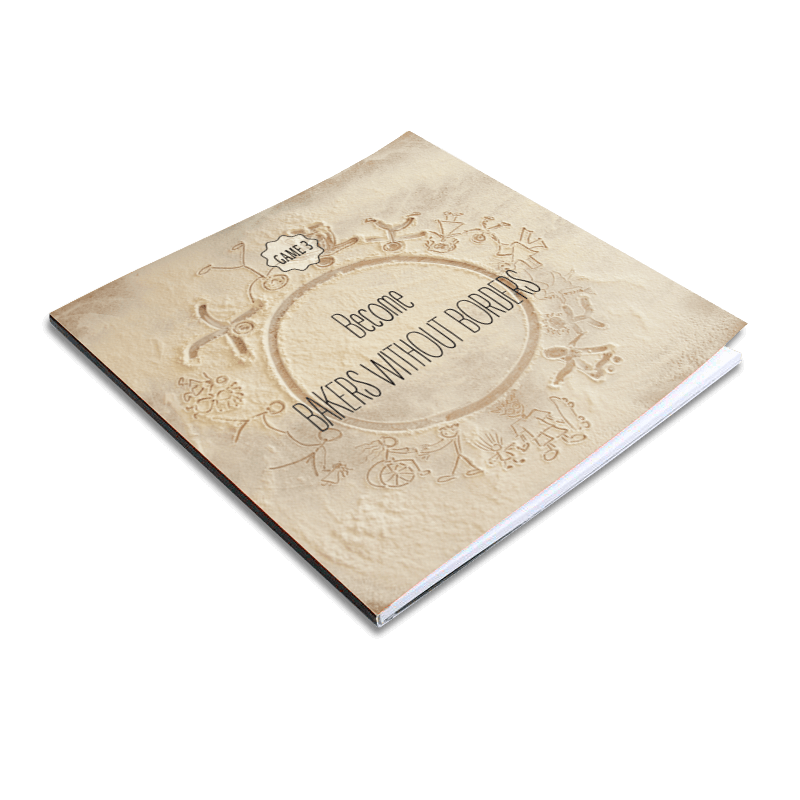 Number of participants: as many as you wish
Time: 1 to 1.5 hours
Materials needed: different kitchen utensils (spoons, plates, graters, etc.); a pen; optional: a cell phone/camera to record a short video

The third game “Become Bakers without Borders” takes you on a world-wide adventure: you learn about diverse cultures and their intriguing bread-making traditions and imagine solving social problems by creating poems and using the “Kitchen music” method to develop songs for a better world.