The game specially invited at the global Spielmarkt in Germany, 2018

Between 3 and 5 May 2018, the Bread Houses Network was presented at the 27-th edition of the International Educational Forum and Game Market in Potsdam – an important and popular event on games as tools for education and children and adults development. The Market is being organized by the Youth Organization of the German Protestant Church and includes workshops, seminars, lectures, but also a big and rich exhibition of various educational games.

The motto of Spielmarkt 2018 was “Less plays more” – a message that the task of pedagogy of play is to re-establish the natural ability of playing. The event attracted more than 4 000 visitors among which pedagogues, educators, animators, children and parents, but also people with special needs.

As a new exhibitor at the Market, the Bread Houses Network had its stall where Zdrava and Sandra from the Sofia Bread Houses presented the mission and the projects of the organization, but also its social entrepreneurship model. The visitors had the chance to participate in two bread making workshops, at which they shared stories and memories about their favorite games. The Bread Houses Team organized also two workshops devoted to the development of social enterprises which were based on the Build a Bread House game, part of the Bakers without Borders educational tool.

Moreover, Zdrava and Sandra had the chance took part in an International Expert Forum with “Play meets Pedagogy” aiming at exchanging ideas and improving the understanding of the different approaches, experiences and interpretations of the term Pedagogy of Play, across national and institutional borders. 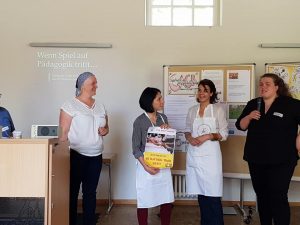 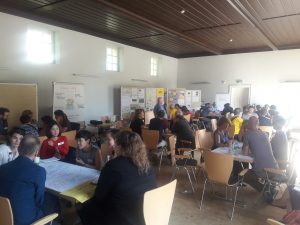 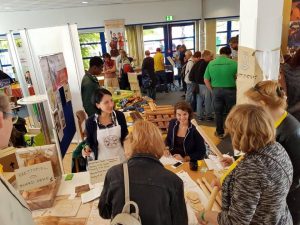 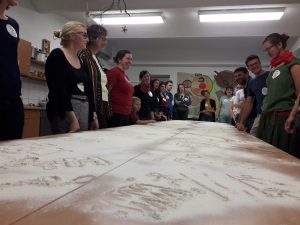 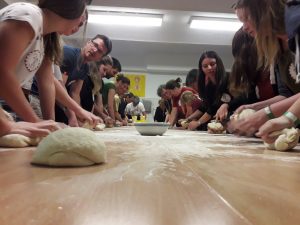 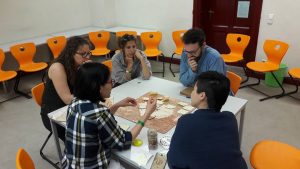 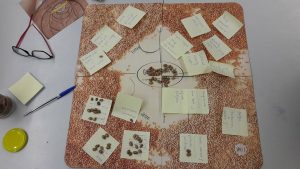 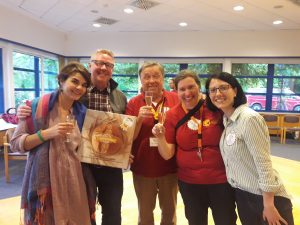